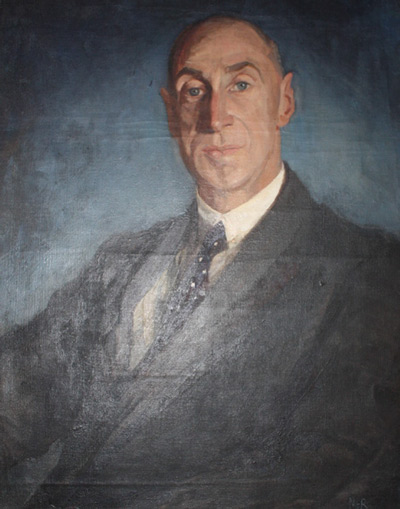 I always pause in the hallway of the Wellington Art Club to admire this portrait of Nugent Welch by Mary Elizabeth Tripe.

Nugent has a benign, friendly air. His composure keeps a lid on his mannerisms, stature, passion for painting en plein air and his recognition as one of New Zealand’s esteemed landscape painters. His legacy for Wellingtonians was helping steer to good fortunes the New Zealand Academy of Fine Arts, Wellington Art Club, and Pumpkin Cottage and a glorious array of watercolours of the Wellington region exhibited at the Academy from 1904–1967.

His legacy for the history of New Zealand is a sombre collection of compelling WW1 battlefield art works and helping establish and serve on the management committee of the National Art Gallery in Buckle Street from 1936–1964. His achievements were recognised in the 1949 King's Birthday Honours when Nugent Herrmann Welch of Wellington was made an Officer of the Order of the British Empire for valuable services in the field of art in New Zealand. I have turned to photos, portraits, and reminiscences to understand why Nugent is so fondly remembered by artists who knew him.

A formal biography on Nugent Welch by Tony Mackle can be read at teara.govt.nz 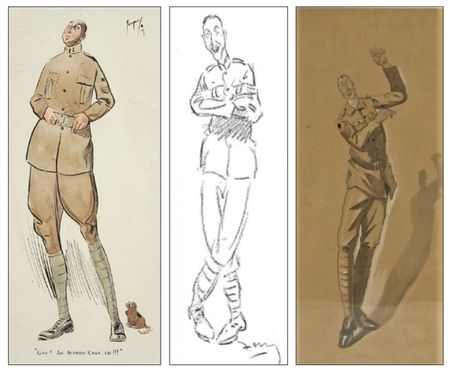 While the New Zealand government knew nothing about Nugent’s assignment in 1918 as New Zealand’s first official war artist until months after the fact, he was quickly “joined by other official soldier-artists to form the New Zealand War Artists’ Section.”

These included cartoonists Sergeant Ernest Heber Thompson and Bombardier Percy Gower Reid whose military caricatures included those of their mate ‘Nooge’. Nugent was over 6 foot tall and to them he was all long legs bending like a banana. Compare George Finey’s cartoon, drawn from memory in 1928, with the photo of Nugent taken in 1934 (see below). He has nailed Nugent’s posture of crossing his arms and adopting a lean to the right!

In 2014 Archives New Zealand staff had an air of reverence as they placed folios of Nugent’s WW1 watercolours before me. I was selecting works for reproduction for the 2015 exhibition of WW1 in watercolours at Splash. 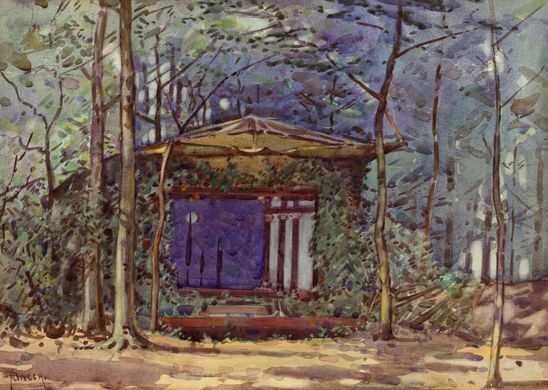 Nugent’s palette ranged from dismal greys and blues, pale yellows and browns through to pinkish tones as he recorded scenes of ruined towns, tanks and trucks and expressed the desolation of empty roads and fields.

One painting stunned me. For the backdrop of the New Zealand Divisional open-air theatre at Authie he used an electric purple which is still glowing after 100 years. While breath-taking it also caused me much heartache as I sat with printers trying to colour match the painting for its 1:1 reproduction.