Our Mural has won First Prize!

Each year Resene is approached by a wide variety of groups creating murals. Most of this dedicated effort receives only local community attention, so Resene runs a Resene Mural Masterpieces Competition each year so everyone can all enjoy the works that are created, no matter where they are.

Our Mural on the Community Centre wall has won First place in the Resene Community Mural Section with a prize of $1000.00 of Resene products. This is in the form of vouchers, and so far we have sold off half of them for cash. Vouchers are valid until December 2017 and Resene say their paints will last at least two years unopened. Anyone planning to paint their house soon may be interested in purchasing them. Resene also said they do ready-made drapes that can be ordered at any of their stores.

A unique mural has been designed by artist Phil Dickson for the Miramar Community Centers north east wall.

Background to mural creation:
The mural was created to engage the local community and promote the Miramar Maupuia Community Centre and the Wellington Art Club.

The idea came after Wellington Art Club members Lucille Cash and Linda Smith saw a similar project in Whanganui. It consisted of individual tiles; each painted by a different artist and put together on a frame to make up a completed picture.

They gained the support of club members, then gained permission from the hall committee and the city council to paint the mural on the wall of the Community Centre next to the Art Club rooms. The club and locals were involved in painting each part of the mural.

Accomplished club member Phil Dickson designed the mural depicting an early Miramar scene. This design was copied onto an A4 sheet and precisely ruled up into 42 parts, each identified with a number and a letter. Phil chose the Resene colours and worked out the precise sizes for the frame to hold the tiles on the wall. The 42 tiles were cut from tanalised plywood, undercoated, numbered and lettered ready for people to paint their sections of the mural design onto the individual tiles. Once the individual tiles were completed, like a giant jigsaw the mural came to life.

Though it was a more complicated way to create a mural, it was a great way to involve lots of club members and the local community.

Leftover paint and plywood was used for a smaller mural for the front of the clubrooms. It depicts an artist’s palette with paint and brushes. Thanks to club member Mary Mitchell who designed and painted the mural of a palette. Judy Langham kindly helped by painting the tubes and their labels.

Congratulations and thanks to all the club members who contributed their time and energy, making the mural possible, and special thanks and congratulations must go to Phil Dickson who provided a great design. 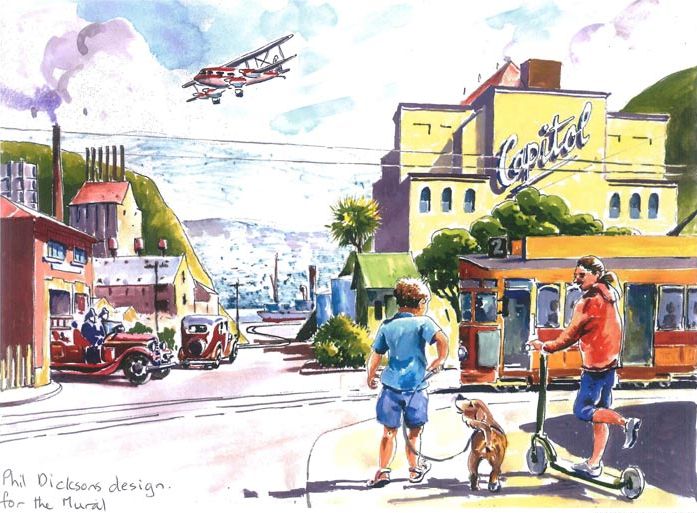 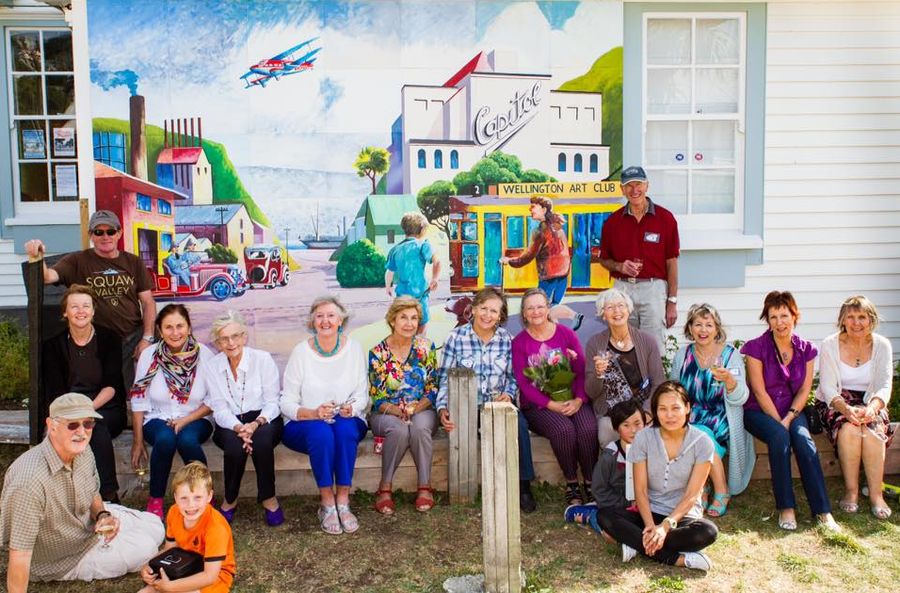